Several types of collaboration are being pursued to identify, validate and apply new biomarkers. Here, Khusru Asadullah and colleagues highlight examples of such initiatives and discuss the challenges, approaches to address these challenges and key factors for success.

Biomarkers are becoming increasingly important for predicting disease prognosis, enabling personalized therapy (also known as precision medicine) and detecting early therapeutic and adverse responses to drugs. However, the identification, validation and application of biomarkers is challenging, with several aspects, including understanding of the biology of the biomarker and its relevance to disease, the technological characteristics of the assay used for biomarker measurement and the potential regulatory requirements. The challenges are particularly demanding when co-developing a drug and a companion diagnostic based on a biomarker. In many cases, the breadth and complexity of research needed mean that collaborations are vital. This article highlights examples of such initiatives and discusses key factors for success

Substantial public funding has become available for biomarker research in recent years. Public–private partnerships (PPPs) such as the European Innovative Medicines Initiative (IMI), the US Biomarkers Consortium and others (see Supplementary information S1 (table)) offer the opportunity to create a critical mass of partners in a specific area. Usually, several companies and academic institutions join forces to address an issue that would be hard or even impossible to tackle alone.

For example, in 2006, the US Food and Drug Administration (FDA), the US National Institutes of Health (NIH) and the Pharmaceutical Research and Manufacturers of America (PhRMA) founded the Biomarkers Consortium1. To date, the consortium has launched 18 projects in four disease areas — cancer, inflammation and immunology, metabolic disorders, and neuroscience — and nearly half of these projects have been completed. The consortium has made notable contributions to accelerate the drug development process and to enhance regulatory decision-making. For example, the establishment of a set of evidence-based recommendations on new interim end points supported the FDA's efforts to approve new agents for community-acquired bacterial pneumonia and acute skin infections1. Another important project, the I-SPY 2 trial of potential drugs to treat breast cancer, has illustrated how innovative adaptive trial designs may substantially reduce the time and cost of getting new therapies on the market1. The Predictive Safety Testing Consortium, which originated from the FDA's Critical Path Initiative and has been collaborating for several years with the Biomarkers Consortium on a kidney safety project, has qualified seven biomarkers of nephrotoxicity for use in preclinical toxicology studies and continues to work towards additional safety-biomarker qualifications2. Work by another consortium originating from the Critical Path Initiative, the Coalition Against Major Diseases, has led to the qualification of low baseline hippocampal volume as assessed by magnetic resonance imaging as an enrichment biomarker for clinical trials in pre-dementia stages of Alzheimer disease2.

Biomarker-related programmes are also being pursued through the IMI. For example, the SAFE-T project has evaluated more than 150 biomarkers for drug-induced liver, kidney and cardiovascular toxicity on the basis of protocols defined upfront together with the European Medicines Agency (EMA) and the FDA. The 20 most promising biomarkers are just entering clinical validation. Another interesting example is the recently constituted IMI consortium CANCER-ID, which aims to evaluate the clinical utility of different technologies for the enrichment, isolation and analysis of circulating tumour cells (CTCs), circulating tumour DNA and microRNAs. These biomarkers could support the concept of a 'liquid biopsy', which may allow for longitudinal sampling when standard biopsies are not available or pose a considerable risk to the patient. The 36 CANCER-ID partners from academia, hospitals, small-to-medium-sized enterprises, non-profit organizations, and diagnostics and pharmaceutical companies are now working on defining standards for CTC identification and counting as well as defining the standard operating procedures for pre-analytical sample handling and analyses.

PPPs also facilitate the testing of novel approaches, such as systems medicine for the identification of biomarker patterns that could improve patient stratification. One example is the IMI project OncoTrack, which is using novel computational modelling approaches to analyse deep sequencing data from >200 patients with colon cancer.

Another European consortium, known as BIO-DrIM (Biomarker-Driven IMmunosuppression), will apply recently identified biomarkers to help manage immunosuppression after solid organ transplantation. In several clinical trials that are supported by diagnostics and pharmaceutical companies, biomarkers will be used for the first time as decision criteria to guide personalized immunosuppression, which could allow the minimization of or even weaning from drugs without harming the kidney and liver allografts. The methodological implementation of these biomarkers is finalized, and up to 1,000 patients will be enrolled in trials.

Crucial factors for the success of such complex consortia include: finding a good balance between critical mass and manageable size; involvement of both diagnostics and pharmaceutical industry partners; early alignment on the goals between the public and the private partners; agreement on a suitable intellectual property framework before the project starts; and professional project management.

The use of open-innovation models, also known as 'crowd sourcing', for biomarker discovery and validation is still in its infancy3. A pioneering example is provided by InnoCentive, which was established in 2001 to match problems in a wide variety of fields with potential solution providers, using an online platform on which challenges are posted by organizations. For example, a challenge with a US$1-million prize was set up in 2006 to find a biomarker for amyotrophic lateral sclerosis (ALS) by Prize4Life, a non-profit organization established to accelerate the discovery of ALS therapies. This challenge attracted ~1,000 teams from ~20 countries, and the prize was ultimately awarded in 2011 for the development of electrical impedance myography to assess the progression of the disease. The results of another crowd-sourcing challenge set up by Prize4Life and the DREAM Project, which involved the use of clinical trial data from ALS patients to develop algorithms for the prediction of disease progression, have recently been published4.

Another example is Bayer's Grants4Targets (G4T) initiative5, which was established in 2009 as a mechanism for academic institutions to apply for grant support to pursue ideas on novel drug targets, and which was expanded to include biomarkers in 2011. In addition to financial support, Bayer provides specific knowledge about drug discovery and development. More than 1,000 applications have been received so far; 126 (~16%) have been for biomarkers, of which 18 have been approved for grants. These are focused on biomarker identification in cardiological, oncological and gynaecological indications, often using novel technologies. As the G4T programme is quite young, it is too early to judge its ultimate success in the identification and validation of biomarkers. However, on the basis of our experience so far, this type of collaboration attracts academic groups and offers the chance to gain access to new partners. Key prerequisites for success are: fast and efficient processing of the requests; a low bureaucratic burden to generate and grant the proposals; and intensive and direct personal contact with the scientists in the academic institutes after grant approval.

Collaboration between academia, the diagnostics industry and the pharmaceutical industry is particularly important for successful biomarker identification, validation and application, and requires substantial resources and complementary skills. We expect the high number of PPPs in this area will continue to increase, in part owing to the growing availability of public funding.

Different models may be best suited for different stages of the biomarker identification and validation process and for different kinds of biomarkers. For the initial exploration of a new biomarker candidate or a novel technology, an open innovation approach may be particularly suitable, as a lot of creativity, flexibility, and freedom is needed at this early stage. For the subsequent clinical validation of a biomarker to the standards required for acceptance by regulatory authorities, larger consortia may be necessary given the extent and complexity of the work involved.

Each category of collaboration has its own needs to be successful. However, there are some general factors. Organizations and people will only actively engage in collaboration when the benefit they derive is greater than the effort and time it takes to collaborate. Organizations also need to foster their competencies in relationship- and conflict-management and skills in working across the diverse cultures in academia and industry. Finally, real internal commitment from the organizations involved is essential for any collaborative effort to be successful.

The authors would like to thank T. Schlange, M. Lessl, H. Dorsch (all at Bayer, Germany), and H.-D. Volk (at the Berlin-Brandenburg Center for Regenerative Therapies, Charité, Berlin, Germany) for helpful discussions, and P. Carrigan for critical reading of the manuscript.

L.L. and P.R. have no conflict of interest to declare. K.A., A.B. and M.G. are employees and shareholders of Bayer. 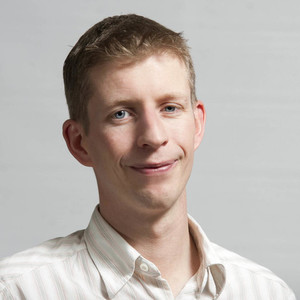 As Chief Editor of one of the two journals in which BioPharma Dealmakers appears, I have a keen interest in the process of translating biomedical research into new drugs, including the partnerships that play a key role in this process.
Follow