Japanese company Synplogen uses technology based on over a decade of academic research to design and manufacture long and complex sequences of synthetic DNA. The company is also engaged in novel drug discovery and R&D of gene and cell therapies.

As the synthetic biology market continues to grow, there is increasing demand for longer length, error- free DNA of over 5,000 bp in length, sometimes much longer. These sequences of bespoke DNA are crucial for unlocking the power of synthetic biology for use in a wide range of sectors such as medical, industrial biotech, materials engineering, and the chemical, agricultural and energy sectors. However, creating these designer strands accurately, efficiently and cost-effectively can be challenging. Factors such as the length, complexity or repetitiveness of the sequence, or unusually high concentrations of certain types of nucleotides, often make certain desirable DNA sequences difficult or impossible to synthesize with currently commercialized methods. Synplogen’s mission is to develop and commercialize technologies for the design and synthesis of these complex and high- value stretches of DNA, which are traditionally challenging to manufacture.

The origins of the technology

In 2003, Kenji Tsuge and his colleagues at the Mitsubishi Kagaku Institute of Life Sciences created a technology for the one-step assembly of DNA fragments into a strand of DNA with a specific order and orientation. The proprietary technology, known as ordered gene assembly in Bacillus subtilis (OGAB), grew out of a project to create hybrid bacterial genomes, as well as novel genomic DNA not found in existing organisms (Fig. 1). OGAB became the basis for Kobe City-based startup Synplogen, founded in February 2017 by Tsuge and Akihiko Kondo, now both company directors. In May 2019, Synplogen licensed another key companion technology from Kobe University for the combinatorial use of the OGAB method (combi-OGAB), which was developed by Tsuge during his time there.

Long chain DNA is constructed in vitro, using strands of genetic material of around 1,000 bp in length. These strands or ‘blocks’ of DNA then have to be linked together using cell-based processes. Many companies and researchers use Escherichia coli or budding yeasts for this process, but each of these techniques has its own challenges. On one hand, in the case of E. coli, as it can only take up circular DNA, an additional step is required to circularize the genetic material in vitro. However, the efficiency of in vitro circularization is low and becomes exponentially harder to achieve as the length of the linear DNA increases. On the other hand, yeast- based technologies can struggle with GC-rich DNA, especially at 70% or greater. To overcome these issues, Synplogen chose the well-characterized organism B. subtilis, known for its industrial use in the production of natto (fermented soya beans), to use as the basis for the OGAB technology.

Synplogen’s OGAB-based platform can assemble linear DNA strands of up to 100 kb with very high precision. 50 or more DNA fragments, referred to as OGAB blocks, can be used with a success rate of >95%, bringing a high level of fidelity to the assembly process. The naturally evolved plasmid transformation that occurs within B. subtilis can take up linear double-stranded DNA spontaneously and create a plasmid, meaning the OGAB process does not require a laborious DNA circularization step. Up to 50 fragments means that each OGAB block can be very short, and can be produced rapidly and efficiently through chemical synthesis. Additionally, B. subtilis has a faster doubling time and mutation rate than yeast, and Synplogen researchers have also so far seen no issues with mishybridization caused by GC-rich or repetitive sequences.

Following synthesis, the OGAB blocks are cloned as plasmids in E. coli to confirm the sequence. Highly equimolar concentrations of the fragments along with a plasmid vector allow B. subtilis to complete the plasmid assembly with great efficiency. Once the plasmids have been assembled in the desired orientation and order, they are extracted and the long strand of DNA is purified.

“Using this technique, which uses fewer assembly and sequencing steps than other approaches, we have been able to efficiently assemble many long, challenging genes, an example of which is a 100 kb human β-globin gene” said Tsuge. “We have also used OGAB in the successful construction of long- chain DNA with highly repetitive sequences, such as the genes for the enzyme non-ribosomal peptide synthetase (NRPS). NRPS is very exciting, but this enzyme has a modular structure, which has made it traditionally difficult to synthesize.”

The company has created informatics solutions that have resolved restriction site issues, and automation has allowed for high-throughput manufacturing, greatly improving both the speed and accuracy of the process. All of this is improved iteratively, as data from experimental results are analysed through machine learning techniques. According to Kentaro Hayashi, Associate Director of Business Development, “We believe our synthesis platform can bring great value to our customers due to shorter delivery times and highly precise DNA.”

One of the important markets for long-strand DNA is biopharmaceutical and biomedical research. Between 1981 and 2010, around one-third of US Food and Drug Administration (FDA)-approved medicines were natural products or derived from natural products, and the number of genes and cell therapy products in clinical trials has dramatically increased over the past few years. Synplogen’s combi-OGAB technology, as well as long-chain DNA, contributes to these fields, particularly drug discovery from natural products, gene and cell therapy development.

“Synplogen can create combinatorial DNA libraries by incorporating upwards of 10,000 different plasmids into each B. subtilis bacterium in a single step,” said Shunsuke Saito, Associate Director of Business Development (Fig. 2).

Designing DNA de novo is a difficult process. Using a collection of OGAB building blocks creates a library of random repeat DNA around 100-fold more efficiently than making it from scratch. This is particularly effective for the rapid and effective optimization and activation of the gene clusters involved in the production of natural products in microbes.

Beyond biotech and biomedical applications, the OGAB long-chain precision DNA and combinatorial DNA library technologies can also be used to design and create structural biomaterials and commodity chemicals; in agriculture for breed improvement and to lower the environmental impact of farming; and in biofuel production for greener energy.

Taking the technology to partners

Synplogen has already established a number of partnerships in various fields. In October 2018, the new company announced a strategic collaboration with Spiber (https://www.spiber.jp/en), a Japanese company engaged in the design and production of alternative structural protein materials based on agricultural feedstocks. Synplogen received Japanese ¥100 million (about $1 million) in the deal, which it used for R&D and business development. Spiber’s materials include spider silk- and cashmere-inspired fibers made using microorganisms. Structural proteins provide an almost endless opportunity to design and customize the material properties to a variety of end applications and could potentially replace other materials such as high-tech fabrics, steel and plastics. Working with Synplogen has given Spiber access to Synplogen’s DNA manufacturing technology, accelerating Spiber’s ability to design new proteins with exciting properties while also improving efficiency and reducing costs.

In July 2019, Synplogen also signed a strategic capital alliance with Tupac.Bio (www.tupac.bio), a biodesign and analysis software company based in Japan and the USA. The two companies are collaborating to develop software tools to improve and simplify gene synthesis and biodesign. These tools will be used to optimize and automate Synplogen’s DNA synthesis process, allowing Synplogen to expand its capabilities. Synplogen has also gained access to Tupac. Bio’s existing software tools.

The OGAB technology has a range of applications, and Synplogen is seeking further global partners from a range of industries across North America, Europe and Asia.

Making plans for the future

“We are working on an automation system that can rapidly generate assembly DNA and handle more DNA fragments and create longer stretches of DNA,” said Hayashi.

By 2021, Synplogen plans to have expanded its Port Island, Kobe, location significantly, establishing an automated commercial production facility. This will increase floor space fivefold and production capacity by 15-fold.

The expansion has been funded by a third-party allotment of new shares to Japanese venture capital firm JAFCO for a total of Japanese ¥1 billion (about $10 million).

“Our new OGAB technology can generate DNA that was difficult to synthesize using conventional approaches. We will build a solid financial foundation from our DNA synthesis and DNA library businesses. Furthermore, we will maximize our business value throughout viral vector and engineered cell development for gene therapies. Currently we are seeking business partners who need our technology and want to develop projects together,” said president and CEO Junichi Sugahara. 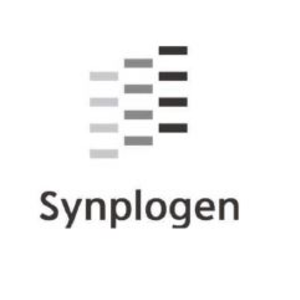 By the year 2030, production utilizing biotechnology is expected to comprise 2.7% of global gross domestic product, an amount valued at approximately 1.7 trillion USD. This trend is not limited to the medical and food industries, however―the use of biotechnology is anticipated to become commonplace in manufacturing and energy production as well. As mankind faces a plethora of environmental problems and critical issues of a global scale, biotechnology is poised to make enormous contributions towards humanity’s shared future. Thanks to recent advances in synthetic biology, the age is fast approaching where mankind can―through the synthesis of DNA―engineer an unlimited number of biological mechanisms. At the core of synthetic biology is the ability to “read” and “write” DNA, which encodes the information by which biological processes take place. By utilizing Synplogen’s proprietary gene synthesis process, we hope to contribute to the richer future promised by synthetic biology and biotechnology.
Follow